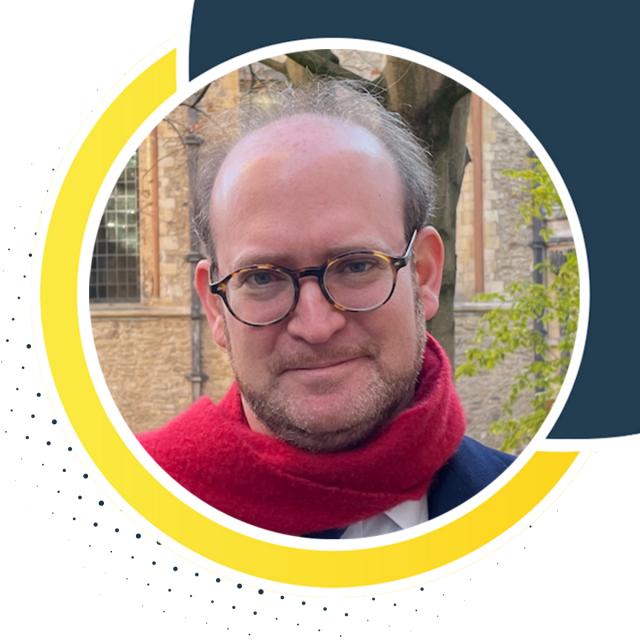 Dr. Joshua Katz is Cotsen Professor in the Humanities and Professor of Classics at Princeton University, where he is also a faculty associate of the James Madison Program in American Ideals & Institutions. He is a Senior Fellow at the Witherspoon Institute and Chair of the Academic Committee of the Barry Scholarship Program. He holds degrees in Linguistics from Yale (BA), Oxford (M.Phil), and Harvard (PhD). He has taught at Princeton since 1998 and is the recipient of numerous awards for both his teaching and his scholarship on the languages, literatures, and cultures of the ancient world from India to Ireland to Greece, Rome, and the Near East. He is especially fond of etymology, language games, and—very broadly—the history of ideas, while finding himself wading every more into contemporary hot-button sociopolitical issues. He has received numerous prizes for his scholarship and pedagogy, and he was named a 2020 Hero of Intellectual Freedom by the American Council of Trustees and Alumni. His recent publications have appeared in First Things, Law & Liberty, The National Review, The New Criterion (where he will serve as a Visiting Critic in 2022–23), Public Discourse, Quillette, SAPIR: A Journal of Jewish Conversations, The Spectator (World), The Times Literary Supplement, and The Wall Street Journal.