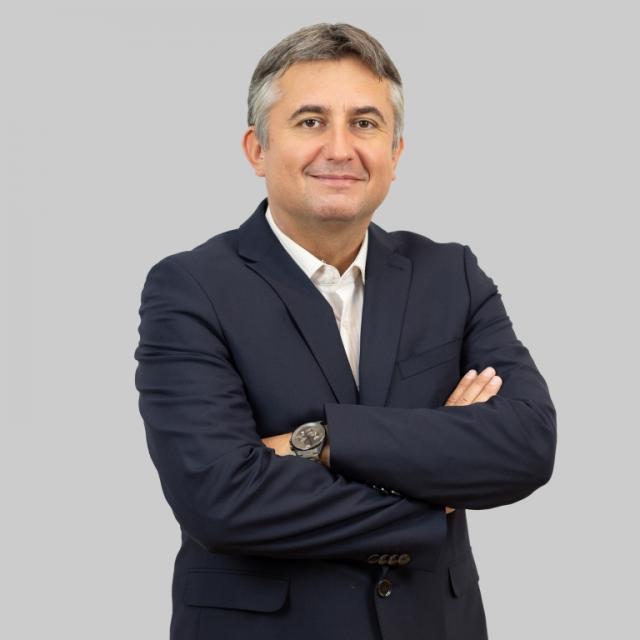 Head of the Center for Geopolitics at MCC

He was born in 1976 in Budapest. He graduated from Eötvös Lóránd University in Budapest with a degree in history and political theory in 2000. In 2008, he was awarded summa cum laude by XX. his doctoral dissertation on 19th-century Irish national struggles in ELTE's doctoral program dealing with modern and contemporary universal history. In addition to his university studies, he pursued additional studies in the field of security policy: between 1997 and 1998, he participated in the Manfred Wörner Foundation's one-year defense and security policy course in Budapest. Between 2004 and 2005, he participated in two semesters of international security policy training at the Geneva Center for Security Policy. His field of research and the topic of his final thesis was Europe's future security environment. In 2006, he attended a two-month training course on East Asian security at Beijing National Defense University. He started his career as a security policy advisor at the State Secretariat for Security and Defense Policy of the Prime Minister's Office in 1999. Between 2002 and 2010, he worked as a clerk at the Defense Policy Department of the Ministry of National Defense. From 2010 to 2012, he was the head of the Defense Planning Department of the Ministry of Defence. Between 2012 and 2014, he headed the Defense Policy Department at the Permanent Mission of Hungary to NATO in Brussels. Between 2014 and 2018, he was the head of the Defense Policy Department of the Ministry of National Defence. His book Bonfire was published in 2018, which deals with the national and geopolitical conflicts of Central and Eastern Europe in the context of a fictional story. Additional editions of the book were published at the end of 2018 and 2019. Co-authored by György Gyulai, his book Day by Day Trianon was also published in 2020. From 2018, he is a permanent author of Mandiner. In 2005 and 2009, he received the National Defense Award III., then II. department, and in 2014, in recognition of his work in NATO, he was honored by the President of the Republic, János Áder, on the occasion of the 15th anniversary of Hungary's NATO membership. He speaks English and French.